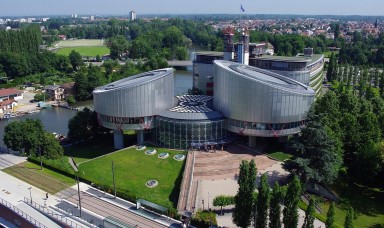 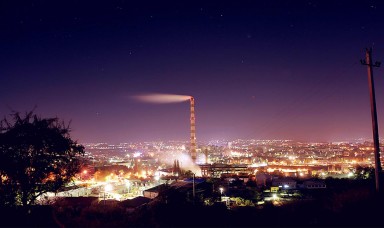 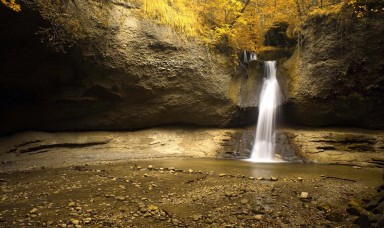 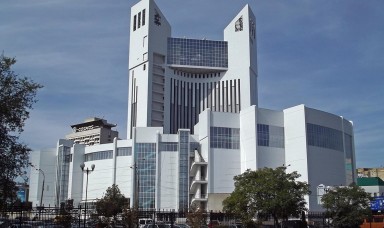 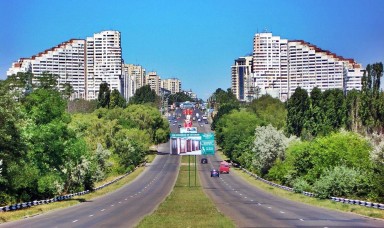 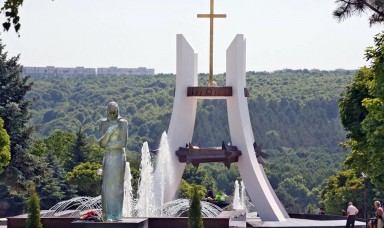 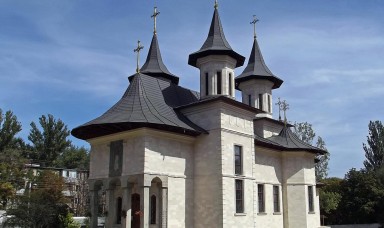 Moldova officially the Republic of Moldova (Moldovan/Romanian: Republica Moldova pronounced) is a landlocked country in Eastern Europe located between Romania to the west and Ukraine to the north, east, and south. The capital city is Chișinău.

The largest part of the nation lies between two rivers, the Dniester and the Prut. The western border of Moldova is formed by the Prut river, which joins the Danube before flowing into the Black Sea. Moldova has access to the Danube for only about 480 m (1,575 ft), and Giurgiulești is the only Moldovan port on the Danube. In the east, the Dniester is the main river, flowing through the country from north to south, receiving the waters of Răut, Bâc, Ichel, Botna. Ialpug flows into one of the Danube limans, while Cogâlnic into the Black Sea chain of limans.

The country is landlocked, even though it is very close to the Black Sea. While most of the country is hilly, elevations never exceed 430 m (1,411 ft) — the highest point being the Bălănești Hill. Moldova’s hills are part of the Moldavian Plateau, which geologically originate from the Carpathian Mountains. Its subdivisions in Moldova include Dniester Hills (Northern Moldavian Hills and Dniester Ridge), Moldavian Plain (Middle Prut Valley and Bălţi Steppe), and Central Moldavian Plateau (Ciuluc-Soloneţ Hills, Cornești Hills (Codri Massive; “Codri” meaning “forests”), Lower Dniester Hills, Lower Prut Valley, and Tigheci Hills). In the south, the country has a small flatland, the Bugeac Plain. The territory of Moldova east of the river Dniester is split between parts of the Podolian Plateau, and parts of the Eurasian Steppe.

The country’s main cities are the capital Chișinău, in the center of the country, Tiraspol (in the eastern region of Transnistria), Bălţi (in the north) and Bender (in the south-east). Comrat is the administrative center of Gagauzia.

There is an ongoing controversy whether Romanians and Moldovans are the same ethnic group, namely whether Moldovans’ self-identification constitutes an ethnic group distinct and apart from Romanians or a subset. There were also numerous allegations that the ethnic affiliation numbers were rigged, 7 out of 10 observer groups of the Council of Europe reported a significant number of cases when census-takers recommended respondents to declare themselves Moldovans rather than Romanians. Complicating the interpretation of the results, 18.8% of respondents that identified themselves as Moldovans declared Romanian to be their native language.

Moldoa is divided into thirty-two districts (raioane, singular raion), three municipalities and two autonomous regions (Gagauzia and Transnistria). The final status of Transnistria is disputed, as the central government does not control that territory. The cities of Comrat and Tiraspol, the administrative seats of the two autonomous territories also have municipality status.

Moldva has 66 cities (towns), including the five with municipality status, and 916 communes. Other 699 villages are too small to have a separate administration, and are administratively part of either cities (40 of them) or communes (659). This makes for a total of 1,681 localities of Moldova, all but two of which are inhabited.

After the breakup of the Soviet Union in 1991, energy shortages contributed to sharp production declines. As a part of an ambitious economic liberalization effort, Moldova introduced a convertible currency, liberalized all prices, stopped issuing preferential credits to state enterprises, backed steady land privatization, removed export controls, and liberalized interest rates. The government entered into agreements with the World Bank and the International Monetary Fund to promote growth.

Recent trends indicate that the Communist government intends to reverse some of these policies, and recollectivise land while placing more restrictions on private business. The economy returned to positive growth, of 2.1% in 2000 and 6.1% in 2001. Growth remained strong in 2007 (6%), in part because of the reforms and because of starting from a small base. The economy remains vulnerable to higher fuel prices, poor agricultural weather, and the skepticism of foreign investors.

Following the regional financial crisis in 1998, Moldova has made significant progress towards achieving and retaining macroeconomic and financial stabilization. It has, furthermore, implemented many structural and institutional reforms that are indispensable for the efficient functioning of a market economy. These efforts have helped maintain macroeconomic and financial stability under difficult external circumstances, enabled the resumption of economic growth and contributed to establishing an environment conducive to the economy’s further growth and development in the medium term.

Despite these efforts and recent resumption of economic growth, Moldova ranks low in terms of commonly used living standards and human development indicators in comparison with other transition economies. Although the economy experienced a constant economic growth after 2000: with 2.1%, 6.1%, 7.8% and 6.3% between 2000 and 2003 (with a forecast of 8% in 2004), one can observe that these latest developments hardly reach the level of 1994, with almost 40% of the GDP registered in 1990. Thus, during the last decade little has been done to reduce the country’s vulnerability. After a severe economic decline, social and economic challenges, energy uprooted dependencies, Moldova continues to occupy one of the last places among European countries in income per capita.

In 2005, according to the Human Development Report, the registered GDP per capita was US$ 2,100 PPP, which was 4.5 times lower than the world average at the time (US $ 9,543). Moreover, GDP per capita was under the average of its statistical region (US $ 9,527 PPP). In 2005, about 20.8% of the population were under the absolute poverty line and registered an income lower than US $ 2.15 (PPP) per day. Moldova is classified as medium in human development and is at the 111th spot in the list of 177 countries. The value of the Human Development Index (0.708) is below the world average. Moldova remains the poorest country in Europe in terms of official (i.e., excluding the black and grey economy) per capita which currently stands at $3,400 The GDP(PPP) in 2011 constituted $12.15 billion.

Located geographically at the crossroads of Latin, Slavic and other cultures, Moldova has enriched its own culture adopting and maintaining some of the traditions of its neighbors and of other influence sources.

The country’s cultural heritage was marked by numerous churches and monasteries built by the Moldavian ruler Stephen the Great in the 15th century, by the works of the later renaissance Metropolitans Varlaam and Dosoftei, and those of scholars such as Grigore Ureche, Miron Costin, Nicolae Milescu, Dimitrie Cantemir, Ion Neculce. In the 19th century, Moldavians from the territories of the medieval Principality of Moldavia, then split between Austria, Russia, and an Ottoman-vassal Moldavia (after 1859, Romania), made a significant contribution to the formation of the modern Romanian culture. Among these were many Bessarabians, such as Alexandru Donici, Alexandru Hâjdeu, Bogdan Petriceicu Hasdeu, Constantin Stamati, Constantin Stamati-Ciurea, Costache Negruzzi, Alecu Russo, Constantin Stere.

Mihai Eminescu, a late Romantic poet, and Ion Creangă, a writer, are the most influential Romanian language artists, considered national writers both in Romania and Moldova.

The largest ethnic group is a speaker of Romanian and shares the Romanian culture. The culture has been also influenced (through Eastern Orthodoxy) by the Byzantine culture.

The country has also important minority ethnic communities. Gagauz, 4.4% of the population, are Christian Turkic people. Greeks, Armenians, Poles, Ukrainians, although not numerous, were present since as early as 17th century, and had left cultural marks. The 19th century saw the arrival of many more Ukrainians from Podolia and Galicia, as well as new communities, such as Lipovans, Bulgarians and Bessarabian Germans.

In the second part of the 20th century, Moldova saw a massive Soviet immigration, which brought with it many elements of Soviet culture.