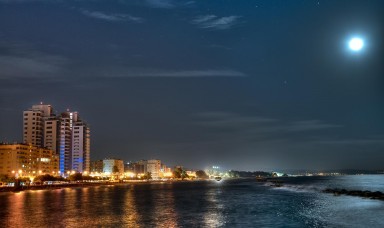 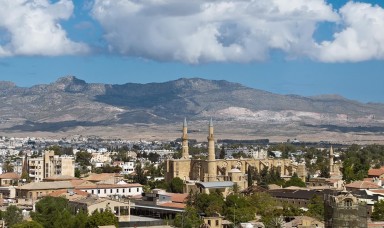 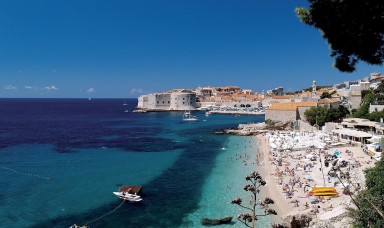 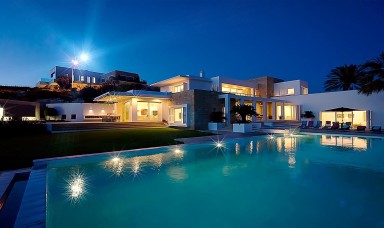 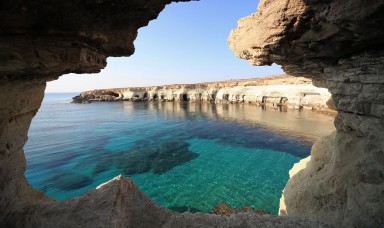 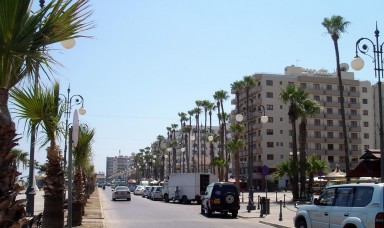 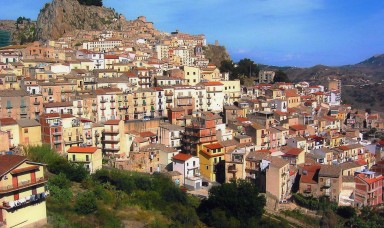 Cyprus, officially the Republic of Cyprus (Greek: Κυπριακή Δημοκρατία ðimokɾaˈti.a]; Turkish: Kıbrıs Cumhuriyeti d͡ʒumhuɾijeˈti]), is an island country in the Eastern Mediterranean Sea. Cyprus is the third largest and third most populous island in the Mediterranean, and a member state of the European Union. It is located east of Greece, south of Turkey, west of Syria and Lebanon, northwest of Israel and north of Egypt.

Cyprus is the third largest island in the Mediterranean Sea, after the Italian islands of Sicily and Sardinia (both in terms of area and population). It is also the world’s 81st largest by area and world’s 51st largest by population. It measures 240 kilometres (149 mi) long from end to end and 100 kilometres (62 mi) wide at its widest point, with Turkey 75 kilometres (47 mi) to the north. It lies between latitudes 34° and 36° N, and longitudes 32° and 35° E.

The physical relief of the island is dominated by two mountain ranges, the Troodos Mountains and the smaller Kyrenia Range, and the central plain they encompass, the Mesaoria. The Mesaoria plain is drained by the Pedieos River, the longest on the island. The Troodos Mountains cover most of the southern and western portions of the island and account for roughly half its area. The highest point on Cyprus is Mount Olympus at 1,952 m (6,404 ft), located in the centre of the Troodos range. The narrow Kyrenia Range, extending along the northern coastline, occupies substantially less area, and elevations are lower, reaching a maximum of 1,024 m (3,360 ft).

Geopolitically, the island is subdivided into four main segments. The Republic of Cyprus occupies the southern two-thirds of the island (59.74%). The Turkish Republic of Northern Cyprus occupies the northern third (34.85%), and the United Nations-controlled Green Line provides a buffer zone that separates the two and covers 2.67% of the island. Lastly, two bases under British sovereignty are located on the island: Akrotiri and Dhekelia, covering the remaining 2.74%.

According to the CIA World Factbook, in 2001 Greek Cypriots comprised 77%, Turkish Cypriots 18%, and others 5% of the Cypriot population. At the time of the 2011 government census, there were 10,520 people of Russian origin living in Cyprus.

Due to the inter-communal ethnic tensions between 1963 and 1974, an island-wide census was regarded as impossible. Nevertheless, the Greek Cypriots conducted one in 1973, without the Turkish Cypriot populace. According to this census, the Greek Cypriot population was 482,000. One year later, in 1974, the Cypriot government’s Department of Statistics and Research estimated the total population of Cyprus at 641,000; of whom 506,000 (78.9%) were Greeks, and 118,000 (18.4%) Turkish. After the partition of the island in 1974, Greeks conducted four more censuses: in 1976, 1982, 1992 and 2001; these excluded the Turkish population which was resident in the northern part of the island.

In 2010, the International Crisis Group estimated that the total population of Cyprus was 1.1 million, of which there was an estimated 300,000 residents in the north, perhaps half of whom were either born in Turkey or are children of such settlers. One source claims that the population in the north has reached 500,000, 50% of which are thought to be Turkish settlers or Cypriot-born children of such settlers.

The villages of Potamia (Nicosia district) and Pyla in the Larnaca District are the only settlements in the Republic of Cyprus with a mixed Greek and Turkish Cypriot population.

The Republic of Cyprus is divided into six districts: Nicosia, Famagusta, Kyrenia, Larnaca, Limassol and Paphos. These are not the same as those of Northern Cyprus.

The Cypriot economy has diversified and become prosperous in recent years. However, in 2012 it became affected by the Eurozone financial and banking crisis. In June 2012, the Cypriot government announced it would need €1.8 billion of foreign aid to support the Cyprus Popular Bank, and this was followed by Fitch downgrading Cyprus’s credit rating to junk status. Fitch said Cyprus would need an additional €4 billion to support its banks and the downgrade was mainly due to the exposure of Bank of Cyprus, Cyprus Popular Bank and Hellenic Bank, Cyprus’s three largest banks, to the Greek financial crisis.

The 2012–2013 Cypriot financial crisis led to an agreement with the Eurogroup in March 2013 to split the country’s second largest bank, the Cyprus Popular Bank (also known as Laiki Bank), into a “bad” bank which would be wound down over time and a “good” bank which would be absorbed by the Bank of Cyprus. In return for a €10 billion bailout from the European Commission, the European Central Bank and the International Monetary Fund, the Cypriot government would be required to impose a significant haircut on uninsured deposits, a large proportion of which were held by wealthy Russians who used Cyprus as a tax haven. Insured deposits of €100,000 or less would not be affected.

According to the latest International Monetary Fund estimates, its per capita GDP (adjusted for purchasing power) at $28,381 is just above the average of the European Union. Cyprus has been sought as a base for several offshore businesses for its low tax rates. Tourism, financial services, and shipping are significant parts of the economy. Economic policy of the Cyprus government has focused on meeting the criteria for admission to the European Union. The Cypriot government adopted the euro as the national currency on 1 January 2008.

In recent years significant quantities of offshore natural gas have been discovered in the area known as Aphrodite in Cyprus’ exclusive economic zone (EEZ), about 175 kilometres (109 miles) south of Limassol at 33°5′40″N and 32°59′0″E. Cyprus demarcated its maritime border with Egypt in 2003, and with Lebanon in 2007. Cyprus and Israel demarcated their maritime border in 2010, and in August 2011, the US-based firm Noble Energy entered into a production-sharing agreement with the Cypriot government regarding the block’s commercial development.

Turkey, which does not recognize the border agreements of Cyprus with its neighbours, threatened to mobilize its naval forces in the event that Cyprus would proceed with plans to begin drilling at Block 12. Cyprus’ drilling efforts have the support of the US, EU, and UN, and on 19 September 2011 drilling in Block 12 began without any incidents being reported.

The island has witnessed a massive growth in tourism over the years and as such the property rental market in Cyprus has grown. Added to this is the capital growth in property that has been created from the demand of incoming investors and property buyers to the island.

The culture of Cyprus is divided between the two distinct cultures of Greek and Turkish Cypriots. Each community maintains its own culture, linked to the cultures of Greece and Turkey, and there is little cultural interchange between the two groups. The Greek culture first has been present on the island since antiquity. The Turkish culture arrived with the invasion of the Ottoman Empire in 1570, and it was under this rule that the divide between the two communities became prominent and encouraged by government policies. The British did nothing to change this, leaving the island in its divided state with no unified culture.