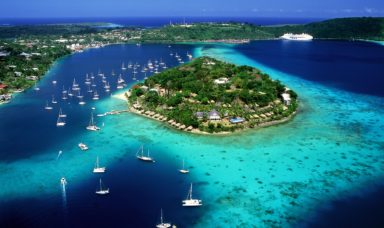 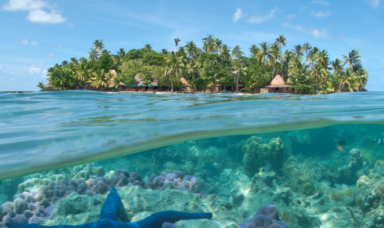 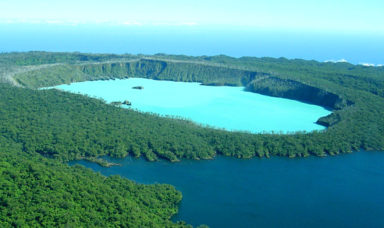 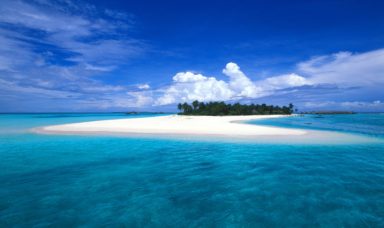 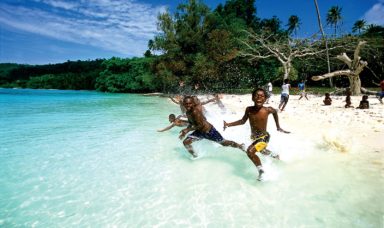 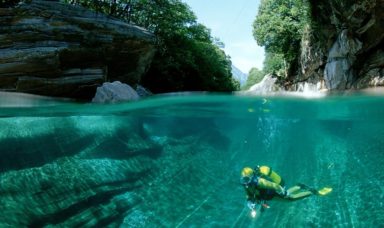 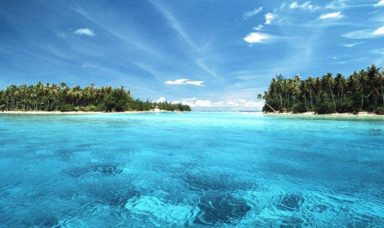 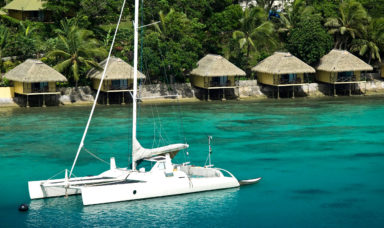 Vanuatu is a Y-shaped archipelago consisting of about 82 relatively small, geologically newer islands of volcanic origin (65 of them inhabited), with about 1,300 kilometres (810 mi) between the most northern and southern islands. Two of these islands (Matthew and Hunter) are also claimed and controlled by France as part of the French collectivity of New Caledonia. The country lies between latitudes 13° and 21°S and longitudes 166° and 171°E.

The fourteen of Vanuatu’s islands that have surface areas of more than 100 square kilometres (39 sq mi) are, from largest to smallest: Espiritu Santo, Malakula, Efate, Erromango, Ambrym, Tanna, Pentecost, Epi, Ambae or Aoba, Gaua, Vanua Lava, Maewo, Malo, and Aneityum or Anatom. The nation’s largest towns are the capital Port Vila, on Efate, and Luganville on Espiritu Santo. The highest point in Vanuatu is Mount Tabwemasana, at 1,879 metres (6,165 ft), on the island of Espiritu Santo.

Vanuatu’s total area is roughly 12,274 square kilometres (4,739 sq mi), of which its land surface is very limited (roughly 4,700 square kilometres (1,800 sq mi)). Most of the islands are steep, with unstable soils and little permanent fresh water. One estimate, made in 2005, is that only 9% of land is used for agriculture (7% with permanent crops, plus 2% considered arable). The shoreline is mostly rocky with fringing reefs and no continental shelf, dropping rapidly into the ocean depths.

Vanuatu has a population of 221,506. Males outnumber females; in 1999, according to the Vanuatu Statistics Office, there were 95,682 males and 90,996 females. The population is predominantly rural, although Port Vila and Luganville have populations in the tens of thousands.

The inhabitants of Vanuatu are called Ni-Vanuatu in English, using a recent coinage. The Ni-Vanuatu are primarily (98.5%) of Melanesian descent, with the remainder made up of a mix of Europeans, Asians and other Pacific islanders. Three islands were historically colonised by Polynesians. About 20,000 Ni-Vanuatu live and work in New Zealand and Australia. In 2006 the New Economics Foundation and Friends of the Earth environmentalist group published the Happy Planet Index which analysed data on levels of reported happiness, life expectancy and Ecological Footprint and estimated Vanuatu to be the most ecologically efficient country in the world in achieving high well-being.

The Parliament of Vanuatu is unicameral and has 52 members, who are elected by popular vote every four years unless earlier dissolved by a majority vote of a three-quarters quorum or by a directive from the President on the advice of the Prime Minister. The national Council of Chiefs, called the Malvatu Mauri and elected by district councils of chiefs, advises the government on all matters concerning ni-Vanuatu culture and language.

The four mainstays of the economy are agriculture, tourism, offshore financial services, and raising cattle. There is substantial fishing activity, although this industry does not bring in much foreign exchange. Exports include copra, kava, beef, cocoa, and timber, and imports include machinery and equipment, foodstuffs, and fuels. In contrast, mining activity is unsubstantial.

While manganese mining halted in 1978, there was an agreement in 2006 to export manganese already mined but not yet exported. The country has no known petroleum deposits. A small light-industry sector caters to the local market. Tax revenues come mainly from import duties and a 12.5% VAT on goods and services. Economic development is hindered by dependence on relatively few commodity exports, vulnerability to natural disasters, and long distances between constituent islands and from main markets.

Agriculture is used for consumption as well as for export. It provides a living for 65% of the population. In particular, production of copra and kava create substantial revenue. Many farmers have been abandoning cultivation of food crops, and use earnings from kava cultivation to buy food. Kava has also been used in ceremonial exchanges between clans and villages. Cocoa is also grown for foreign exchange.

In 2007, the number of households engaged in fishing was 15,758, mainly for consumption (99%), and the average number of weekly fishing trips was 3. The tropical climate enables growing of a wide range of fruits and vegetables and spices, including banana, garlic, cabbage, peanuts, pineapples, sugarcane, taro, yams, watermelons, leaf spices, carrots, radishes, eggplants, vanilla (both green and cured), pepper, cucumber, and many others. In 2007, the value (in terms of millions of vatu – the official currency of Vanuatu), for agricultural products, was estimated for different products: kava (341 million vatu), copra (195), cattle (135), crop gardens (93), cocoa (59), forestry (56), fishing (24), coffee (12).