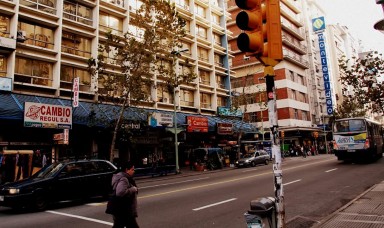 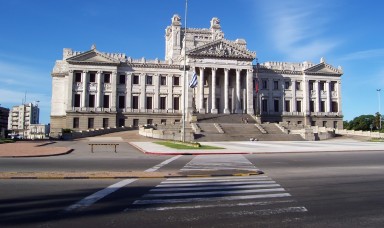 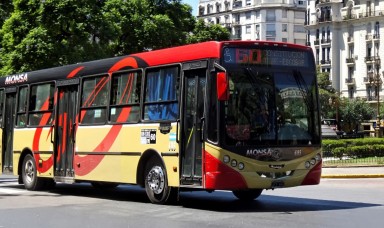 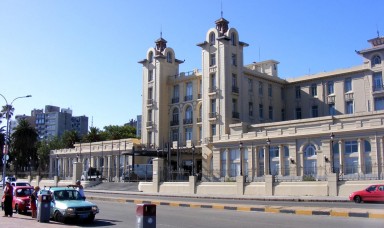 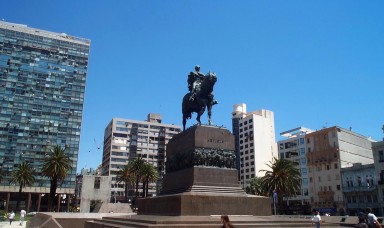 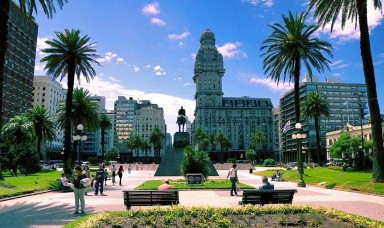 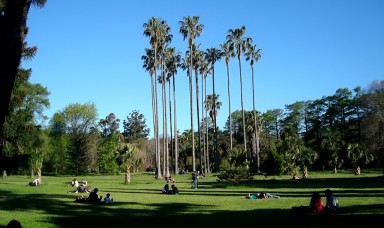 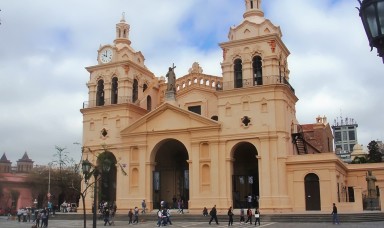 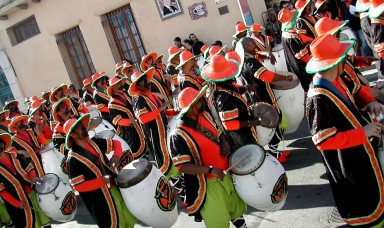 Uruguay officially the Oriental Republic of Uruguay or the Eastern Republic of Uruguay or the Republic East of the Uruguay (River) (Spanish: República Oriental del Uruguay, is a country in the southeastern region of South America. It is bordered by Argentina to its west and Brazil to its north and east, with the Atlantic Ocean to the south and southeast. Uruguay is home to 3.3 million people, of whom 1.8 million live in the metropolitan area of its capital and largest city, Montevideo. With an area of approximately 176,000 square kilometres (68,000 sq mi), Uruguay is geographically the second-smallest nation in South America after Suriname.

With 176,214 km2 (68,037 sq mi) of continental land and 142,199 km2 (54,903 sq mi) of jurisdictional water and small river islands, Uruguay is the second smallest sovereign nation in South America (after Suriname) and the third smallest territory (French Guiana is the smallest). The landscape features mostly rolling plains and low hill ranges (cuchillas) with a fertile coastal lowland. Uruguay has 660 km (410 mi) of coastline.

A dense fluvial network covers the country, consisting of four river basins, or deltas: the Río de la Plata, the Uruguay River, the Laguna Merín and the Río Negro. The major internal river is the Río Negro (‘Black River’). Several lagoons are found along the Atlantic coast.

The highest point in the country is the Cerro Catedral whose peak reaches 514 metres (1,686 ft) AMSL in the Sierra Carapé hill range. To the southwest is the Río de Plata, the estuary of the Uruguay River which forms the western border, and the Paraná River.

Montevideo is the southernmost capital city in the Americas, and the third most southerly in the world (only Canberra and Wellington are further south).

There are ten national parks in Uruguay: Five in the wetland areas of the east, three in the central hill country, and one in the west along the Rio Uruguay.

Uruguayans are of predominantly European origin, with an estimated 88% of the population claiming European descent. In a 2008 survey by the Instituto Nacional de Estadística (Uruguay) (es) (INE), which requested respondents to self-report their predominant ancestry (only one choice was allowed), 95.4% chose European, 3.4% black or African, 1.1% indigenous and 0.1% Asian or Amarillo (“yellow”). Another INE survey, conducted in 2008, found that 10% reported having some degree of Black/African ancestry, 5.5% partial Indigenous, and 0.3% partial Asian ancestry.

Most Uruguayans of European ancestry are descendants of 19th and 20th century immigrants from Spain and Italy (about one-quarter of the population is of Italian origin) and, to a much lesser degree, from France and Britain. Earlier settlers had migrated from Argentina and Paraguay. Few direct descendants of Uruguay’s indigenous peoples remain, and mestizos account for less than one-tenth of the population. People of African descent make up an even smaller proportion of the total.

From 1963 to 1985, an estimated 320,000 Uruguayans emigrated. By far the most popular destination for Uruguayan emigrants was Argentina, followed by the United States, Australia, Spain, Brazil, and Venezuela. In 2009, for the first time in 44 years, the country saw an overall positive influx when comparing immigration to emigration. 3,825 residence permits were awarded in 2009, compared with 1,216 in 2005. 50% of new legal residents come from Argentina and Brazil. A migration law passed in 2008 gives immigrants the same rights and opportunities that nationals have, with the requisite of proving a monthly income of $650.

Uruguay’s rate of population growth is much lower than in other Latin American countries. Its median age is higher than the global average due to its low birth rate, high life expectancy, and relatively high rate of emigration among younger people. A quarter of the population is less than 15 years old and about a sixth are aged 60 and older.

Metropolitan Montevideo is the only large city, with around 1.9 million inhabitants, or more than half the country’s total population. The rest of the urban population lives in about 30 towns.

Uruguay experienced a major economic and financial crisis between 1999 and 2002, principally a spillover effect from the economic problems of Argentina. The economy contracted by 11%, and unemployment climbed to 21%. Despite the severity of the trade shocks, Uruguay’s financial indicators remained more stable than those of its neighbours, a reflection of its solid reputation among investors and its investment-grade sovereign bond rating, one of only two in South America.

In 2004, the Batlle government signed a three-year $1.1 billion stand-by arrangement with the International Monetary Fund (IMF), committing the country to a substantial primary fiscal surplus, low inflation, considerable reductions in external debt, and several structural reforms designed to improve competitiveness and attract foreign investment. Uruguay terminated the agreement in 2006 following the early repayment of its debt but maintained a number of the policy commitments.

Vázquez, who assumed the government in March 2005, created the “Ministry of Social Development” and sought to reduce the country’s poverty rate with a $240 million National Plan to Address the Social Emergency (PANES), which provided a monthly conditional cash transfer of approximately $75 to over 100,000 households in extreme poverty. In exchange, those receiving the benefits were required to participate in community work, ensure that their children attended school daily, and had regular health check-ups.

In 2005, Uruguay was the first exporter of software in South America. The Frente Amplio government, while continuing payments on Uruguay’s external debt, also undertook an emergency plan to attack the widespread problems of poverty and unemployment. The economy grew at an annual rate of 6.7% during the 2004–2008 period. Uruguay’s exports markets have been diversified in order to reduce dependency on Argentina and Brazil. Poverty was reduced from 33% in 2002 to 21.7% in July 2008, while extreme poverty dropped from 3.3% to 1.7%.

Between the years 2007 and 2009, Uruguay was the only country in the Americas that did not technically experience a recession (two consecutive downward quarters). Unemployment reached a record low of 5.4% in December 2010 before rising to 6.1% in January 2011. While unemployment is still at a low level, the IMF observed a rise in inflationary pressures, and Uruguay’s GDP expanded by 10.4% for the first half of 2010.

According to IMF estimates, Uruguay was likely to achieve growth in real GDP of between 8% and 8.5% in 2010, followed by 5% growth in 2011 and 4% in subsequent years. Gross public sector debt contracted in the second quarter of 2010, after five consecutive periods of sustained increase, reaching $21.885 billion US dollars, equivalent to 59.5% of the GDP.

According to Time World, the legalization of marijuana occurred on 5 August 2013. In order to decrease drug trafficking and offer better-quality marijuana for a lower price at a pharmacy, the Uruguayan government legalized the production and sale of marijuana, and it will continue to “control the whole chain of production”.

Uruguayan culture is strongly European and its influences from southern Europe are particularly important. The tradition of the gaucho has been an important element in the art and folklore of both Uruguay and Argentina.