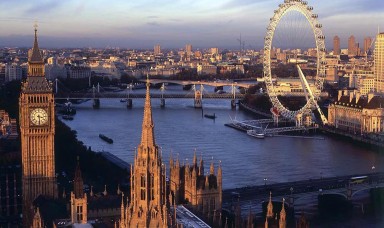 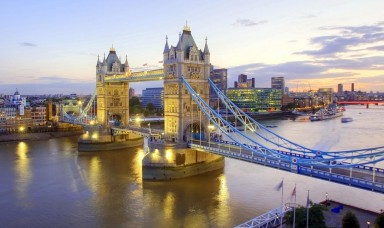 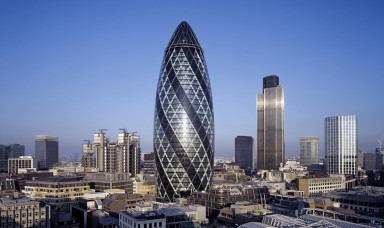 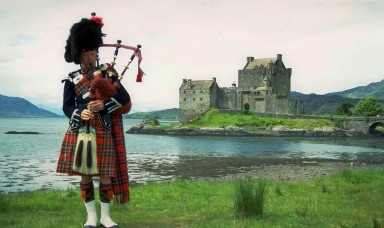 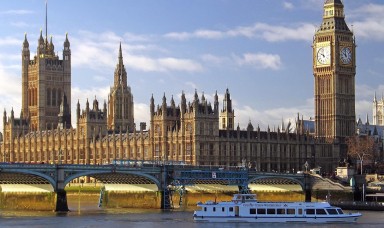 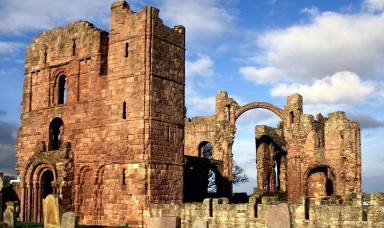 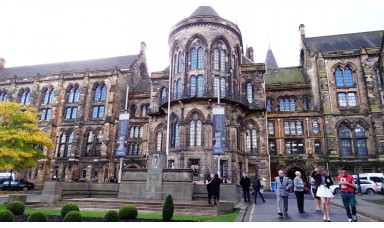 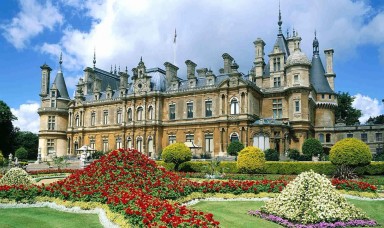 The United Kingdom of Great Britain and Northern Ireland, commonly known as the United Kingdom (UK) or Britain , is a sovereign state located off the north-western coast of continental Europe. The country includes the island of Great Britain (a term sometimes loosely applied to the whole state), the north-eastern part of the island of Ireland, and many smaller islands. Northern Ireland is the only part of the UK that shares a land border with another state: the Republic of Ireland.[nb 10] Apart from this land border, the UK is surrounded by the Atlantic Ocean, with the North Sea in the east, the English Channel in the south and the Irish Sea in the west.

The total area of the United Kingdom is approximately 243,610 square kilometres (94,060 sq mi). The country occupies the major part of the British Isles archipelago and includes the island of Great Britain, the north-eastern one-sixth of the island of Ireland and some smaller surrounding islands. It lies between the North Atlantic Ocean and the North Sea with the south-east coast coming within 22 miles (35 km) of the coast of northern France, from which it is separated by the English Channel. In 1993 10% of the UK was forested, 46% used for pastures and 25% cultivated for agriculture. The Royal Greenwich Observatory in London is the defining point of the Prime Meridian.

England accounts for just over half of the total area of the UK, covering 130,395 square kilometres (50,350 sq mi). Most of the country consists of lowland terrain, with mountainous terrain north-west of the Tees-Exe line; including the Cumbrian Mountains of the Lake District, the Pennines and limestone hills of the Peak District, Exmoor and Dartmoor. The main rivers and estuaries are the Thames, Severn and the Humber. England’s highest mountain is Scafell Pike (978 metres (3,209 ft)) in the Lake District. Its principal rivers are the Severn, Thames, Humber, Tees, Tyne, Tweed, Avon, Exe and Mersey.

Scotland accounts for just under a third of the total area of the UK, covering 78,772 square kilometres (30,410 sq mi) and including nearly eight hundred islands, predominantly west and north of the mainland; notably the Hebrides, Orkney Islands and Shetland Islands. The topography of Scotland is distinguished by the Highland Boundary Fault – a geological rock fracture – which traverses Scotland from Arran in the west to Stonehaven in the east. The faultline separates two distinctively different regions; namely the Highlands to the north and west and the lowlands to the south and east. The more rugged Highland region contains the majority of Scotland’s mountainous land, including Ben Nevis which at 1,343 metres (4,406 ft) is the highest point in the British Isles. Lowland areas – especially the narrow waist of land between the Firth of Clyde and the Firth of Forth known as the Central Belt – are flatter and home to most of the population including Glasgow, Scotland’s largest city, and Edinburgh, its capital and political centre.

Wales accounts for less than a tenth of the total area of the UK, covering 20,779 square kilometres (8,020 sq mi). Wales is mostly mountainous, though South Wales is less mountainous than North and mid Wales. The main population and industrial areas are in South Wales, consisting of the coastal cities of Cardiff, Swansea and Newport, and the South Wales Valleys to their north. The highest mountains in Wales are in Snowdonia and include Snowdon (Welsh: Yr Wyddfa) which, at 1,085 metres (3,560 ft), is the highest peak in Wales. The 14, or possibly 15, Welsh mountains over 3,000 feet (914 m) high are known collectively as the Welsh 3000s. Wales has over 746 miles (1,200 kilometres) of coastline. There are several islands off the Welsh mainland, the largest of which is Anglesey (Ynys Môn) in the northwest.

A census is taken simultaneously in all parts of the UK every ten years. The Office for National Statistics is responsible for collecting data for England and Wales, the General Register Office for Scotland and the Northern Ireland Statistics and Research Agency each being responsible for censuses in their respective countries. In the 2011 census the total population of the United Kingdom was 63,181,775. It is the third largest in the European Union, the fifth largest in the Commonwealth and the twenty-first largest in the world. 2010 was the third successive year in which natural change contributed more to population growth than net long-term international migration. Between 2001 and 2011 the population increased by an average annual rate of approximately 0.7 per cent. This compares to 0.3 per cent per year in the period 1991 to 2001 and 0.2 per cent in the decade 1981 to 1991. The 2011 census also confirmed that the proportion of the population aged 0–14 has nearly halved (31 per cent in 1911 compared to 18 in 2011) and the proportion of older people aged 65 and over has more than trebled (from 5 to 16 per cent). It has been estimated that the number of people aged 100 or over will rise steeply to reach over 626,000 by 2080.

Each country of the United Kingdom has its own system of administrative and geographic demarcation, whose origins often pre-date the formation of the United Kingdom. Thus there is “no common stratum of administrative unit encompassing the United Kingdom”. Until the 19th century there was little change to those arrangements, but there has since been a constant evolution of role and function. Change did not occur in a uniform manner and the devolution of power over local government to Scotland, Wales and Northern Ireland means that future changes are unlikely to be uniform either.

The organisation of local government in England is complex, with the distribution of functions varying according to local arrangements. Legislation concerning local government in England is the responsibility of the UK parliament and the Government of the United Kingdom, as England has no devolved parliament. The upper-tier subdivisions of England are the nine Government office regions or European Union government office regions. One region, Greater London, has had a directly elected assembly and mayor since 2000 following popular support for the proposal in a referendum. It was intended that other regions would also be given their own elected regional assemblies, but a proposed assembly in the North East region was rejected by a referendum in 2004. Below the regional tier, some parts of England have county councils and district councils and others have unitary authorities; while London consists of 32 London boroughs and the City of London. Councillors are elected by the first-past-the-post system in single-member wards or by the multi-member plurality system in multi-member wards.

The UK has a partially regulated market economy. Based on market exchange rates the UK is today the sixth-largest economy in the world and the third-largest in Europe after Germany and France, having fallen behind France for the first time in over a decade in 2008. HM Treasury, led by the Chancellor of the Exchequer, is responsible for developing and executing the British government’s public finance policy and economic policy. The Bank of England is the UK’s central bank and is responsible for issuing notes and coins in the nation’s currency, the pound sterling. Banks in Scotland and Northern Ireland retain the right to issue their own notes, subject to retaining enough Bank of England notes in reserve to cover their issue. Pound sterling is the world’s third-largest reserve currency (after the U.S. Dollar and the Euro). Since 1997 the Bank of England’s Monetary Policy Committee, headed by the Governor of the Bank of England, has been responsible for setting interest rates at the level necessary to achieve the overall inflation target for the economy that is set by the Chancellor each year.

The UK service sector makes up around 73% of GDP. London is one of the three “command centres” of the global economy (alongside New York City and Tokyo), is the world’s largest financial centre alongside New York, and has the largest city GDP in Europe. Edinburgh is also one of the largest financial centres in Europe. Tourism is very important to the British economy and, with over 27 million tourists arriving in 2004, the United Kingdom is ranked as the sixth major tourist destination in the world and London has the most international visitors of any city in the world. The creative industries accounted for 7% GVA in 2005 and grew at an average of 6% per annum between 1997 and 2005.

The culture of the United Kingdom has been influenced by many factors including: the nation’s island status; its history as a western liberal democracy and a major power; as well as being a political union of four countries with each preserving elements of distinctive traditions, customs and symbolism. As a result of the British Empire, British influence can be observed in the language, culture and legal systems of many of its former colonies; including Australia, Canada, India, Ireland, New Zealand, South Africa and the United States. The substantial cultural influence of the United Kingdom has led it to be described as a “cultural superpower.”