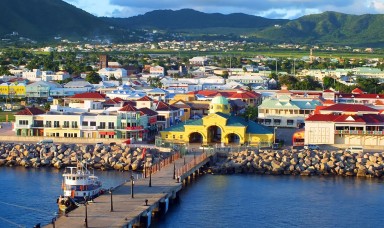 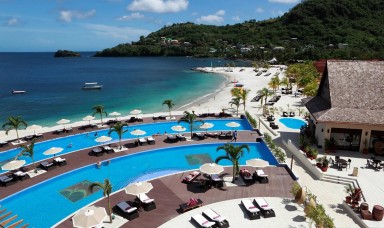 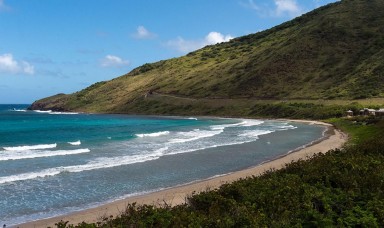 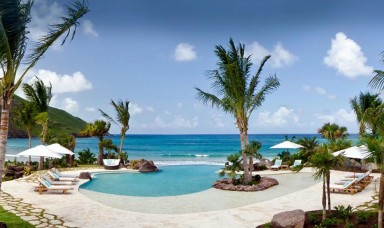 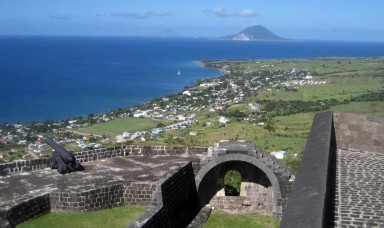 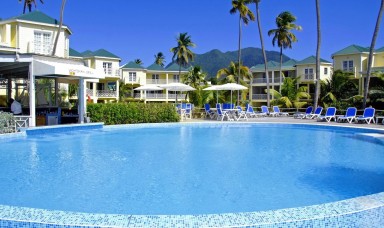 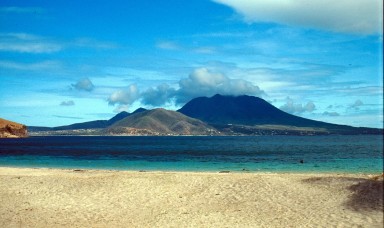 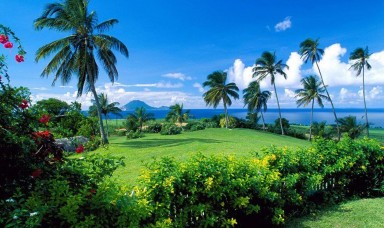 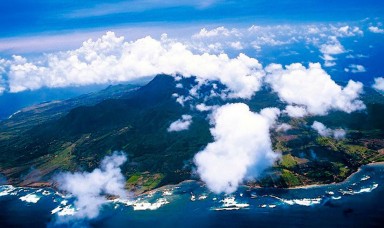 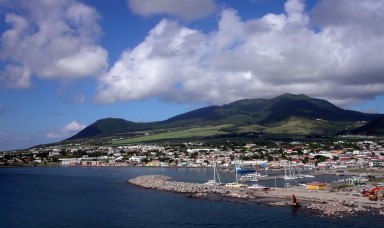 The Federation of Saint Christopher and Nevis , located in the Leeward Islands, is a federal two-island country in the West Indies. It is the smallest sovereign state in the Americas, in both area and population.

The country consists of two main islands, Saint Kitts and Nevis. The highest peak, at 1,156 metres, is Mount Liamuiga on St. Kitts.

The islands are of volcanic origin, with large central peaks covered in tropical rainforest; the steeper slopes leading to these peaks are mostly uninhabited. The majority of the population on both islands lives closer to the sea where the terrain flattens out. There are numerous rivers descending from the mountains of both islands, which provide fresh water to the local population. St. Kitts also has one small lake, a salt pond.

As of July 2000, there were 42,696 inhabitants; their average life expectancy was 72.4 years. Emigration has historically been very high, and high levels of such in the country has resulted in a continuous decrease in the country’s population by about 25% since its peak of about 51,100 in 1960.needed

Saint Kitts and Nevis is a twin-island federation whose economy is characterised by its dominant tourism, agriculture and light manufacturing industries. Sugar was the primary export from the 1940s on, but rising production costs, low world market prices, and the government’s efforts to reduce dependence on it have led to a growing diversification of the agricultural sector. In 2005, the government decided to close down the state-owned sugar company, which had experienced losses and was a significant contributor to the fiscal deficit.

Former sugar plantations still dominate the St. Kitts landscape, however many of the cane fields are being burned to make room for land development, especially on the northern side of the island, in the parishes of Saint John Capisterre and Christchurch. The agricultural, tourism, export-oriented manufacturing, and offshore-banking sectors are being developed and are now taking larger roles in the country’s economy. The growth of the tourism sector has become the main foreign exchange earner for Saint Kitts and Nevis. The country has also developed a successful apparel assembly industry and one of the largest electronics assembly industries in the Caribbean.

St. Kitts is dependent on tourism to drive its economy. Tourism to the island has been expanding since 1978. In 2009 there were 587,479 arrivals to Saint Kitts compared to 379,473 in 2007. This growth represents an increase of just under 40% in a two-year period. As tourism grows the demand for vacation property increases in conjunction.

St Kitts & Nevis also acquires foreign direct investment from their citizenship by investment program, outlined in their Citizenship Act of 1984. Interested parties can acquire citizenship if they pass the government’s background checks and make an investment into an approved real estate development.

Saint Kitts and Nevis is known for a number of musical celebrations including Carnival (18 December to 3 January on Saint Kitts). The last week in June features the St Kitts Music Festival, while the week-long Culturama on Nevis lasts from the end of July into early August.

Additional festivals on the island of Saint Kitts include Inner City Fest, in February in Molineaux; Green Valley Festival, usually around Whit Monday in village of Cayon; Easterama, around Easter in village of Sandy Point; Fest-Tab, in July or August in the village of Tabernacle; and La festival de Capisterre, around Independence Day in Saint Kitts and Nevis (19 September), in the Capisterre region. These celebrations typically feature parades, street dances and salsa, jazz, soca, calypso and steelpan music.

The 1985 film Missing in Action 2: The Beginning was filmed in Saint Kitts.