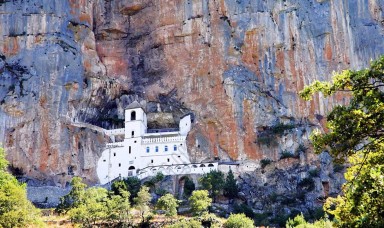 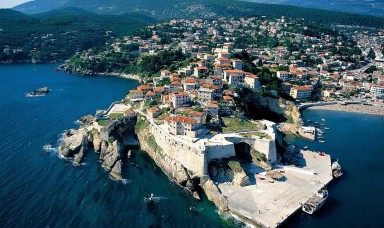 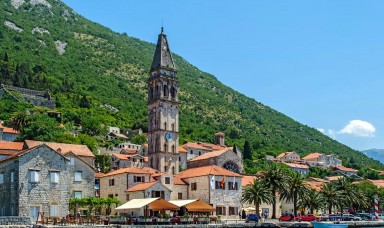 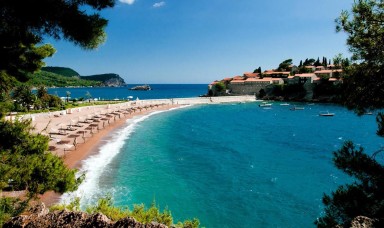 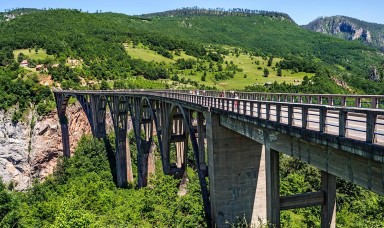 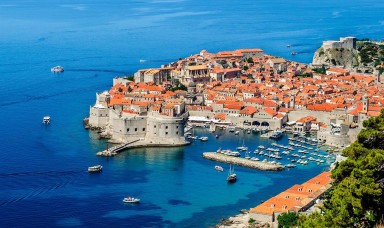 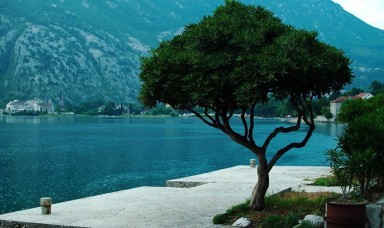 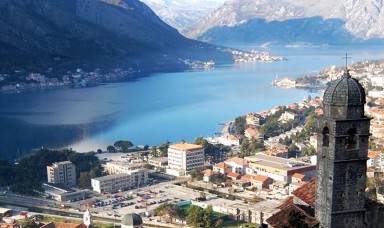 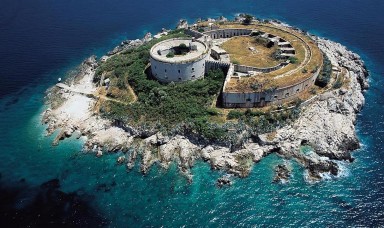 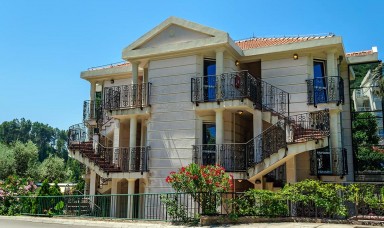 Montenegro is a country in Southeastern Europe. It has a coast on the Adriatic Sea to the south-west and is bordered by Croatia to the west, Bosnia and Herzegovina to the northwest, Serbia to the northeast, Kosovo to the east and Albania to the south-east. Its capital and largest city is Podgorica, while Cetinje is designated as the Prijestonica, meaning the former Royal Capital City.

Internationally, Montenegro borders Croatia, Bosnia and Herzegovina, Serbia, Kosovo, and Albania. It lies between latitudes 41° and 44° N, and longitudes 18° and 21° E.

Montenegro ranges from high peaks along its borders with Serbia and Albania, a segment of the Karst of the western Balkan Peninsula, to a narrow coastal plain that is only one to four miles (6.4 km) wide. The plain stops abruptly in the north, where Mount Lovćen and Mount Orjen plunge into the inlet of the Bay of Kotor.

The mountains of Montenegro include some of the most rugged terrain in Europe, averaging more than 2,000 metres in elevation. One of the country’s notable peaks is Bobotov Kuk in the Durmitor mountains, which reaches a height of 2,522 metres (8,274 ft). Owing to the hyperhumid climate on their western sides, the Montenegrin mountain ranges were among the most ice-eroded parts of the Balkan Peninsula during the last glacial period.

When the 2003 census was taken Montenegro was a non-national civic state. In the meantime, the Constitution was changed, hence it now recognizes the major ethnic groups: Montenegrins (Crnogorci), Serbs (Srbi), Bosniaks (Bošnjaci), Albanians (Albanci – Shqiptarët) and Croats (Hrvati). Thus, the number of “Montenegrins” and “Serbs” fluctuates wildly from census to census due to changes in how people experience, or choose to express, their identity.

The economy of Montenegro is mostly service-based and is in late transition to a market economy. According to the International Monetary Fund, the nominal GDP of Montenegro was $4.114 billion in 2009. The GDP PPP for 2009 was $6.590 billion, or $10,527 per capita.

GDP grew at an impressive 10.7% in 2007 and 7.5% in 2008. The country entered a recession in 2008 as a part of the global recession, with GDP contracting by 4%. However, Montenegro remained a target for foreign investment, the only country in the Balkans to increase its amount of direct foreign investment. The country is expected to exit the recession in mid-2010, with GDP growth predicted at around 0.5%. However, the significant dependence of the Montenegrin economy on foreign direct investment leaves it susceptible to external shocks and a high export/import trade deficit.

In 2007, the service sector made up for 72.4% of GDP, with industry and agriculture making up the rest at 17.6% and 10%, respectively. There are 50,000 farming households in Montenegro that rely on agriculture to fill the family budget.

According to Eurostat data, the Montenegrin GDP per capita stood at 41% of the EU average in 2010.

Aluminum and steel production and agricultural processing make up for most of the industrial output.

Tourism is an important contributor to the Montenegrin economy. Approximately one million tourists visited Montenegro in 2007, resulting in €480 million of tourism revenue. Tourism is considered the backbone of future economic growth, and government expenditures on infrastructure improvements are largely targeted towards that goal.

The culture of Montenegro has been shaped by a variety of influences throughout history. The influence of Orthodox, Slavonic, Central European, Islamic, and seafaring Adriatic cultures (notably parts of Italy, like the Republic of Venice) have been the most important in recent centuries.

Montenegro has many significant cultural and historical sites, including heritage sites from the pre-Romanesque, Gothic and Baroque periods. The Montenegrin coastal region is especially well known for its religious monuments, including the Cathedral of Saint Tryphon in Kotor (Cattaro under the Venetians), the basilica of St. Luke (over 800 years), Our Lady of the Rocks (Škrpjela), the Savina Monastery and others. Montenegro’s medieval monasteries contain thousands of square metres of frescos on their walls.

The traditional folk dance of the Montenegrins is the Oro, a circle dance that involves dancers standing on each other’s shoulders in a circle while one or two dancers are dancing in the middle.

The first literary works written in the region are ten centuries old, and the first Montenegrin book was printed five hundred years ago. The first state-owned printing press was located in Cetinje in 1494, where the first South Slavic book, Oktoih, was printed the same year. Ancient manuscripts, dating from the thirteenth century, are kept in the Montenegrin monasteries.

Montenegro’s capital Podgorica and the former royal capital of Cetinje are the two most important centres of culture and the arts in the country.