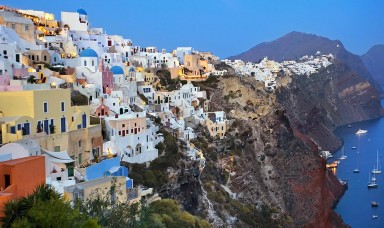 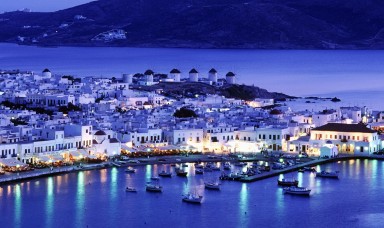 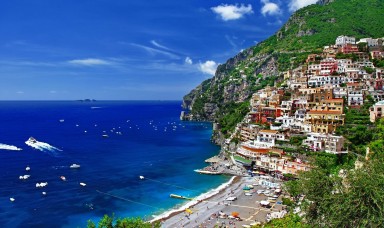 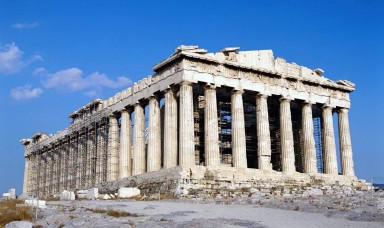 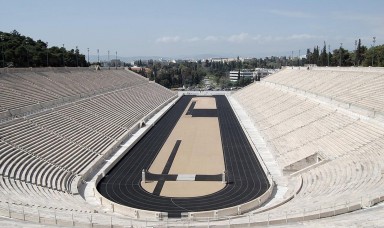 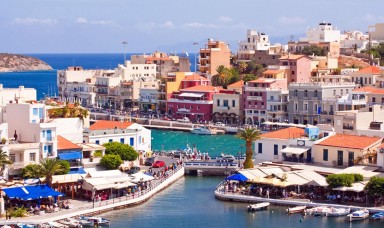 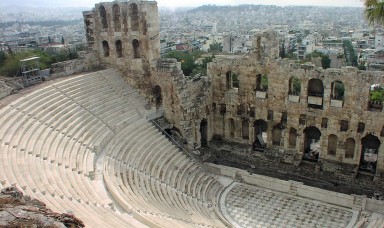 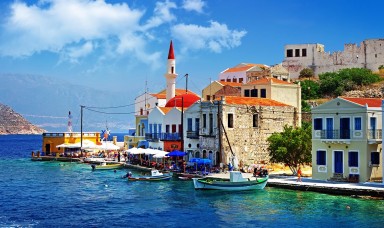 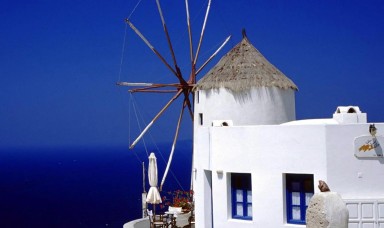 Greece (Greek: Ελλάδα as:Elláda]), officially the Hellenic Republic (Ελληνική Δημοκρατία ðimokraˈti.a] Ellīnikī́ Dīmokratía) and known since ancient times as Hellas (Greek: Ἑλλάς), is a country in Southern Europe. According to the 2011 census, Greece’s population is around 11 million. Athens is the nation’s capital and largest city.

Greece consists of a mountainous, peninsular mainland jutting out into the sea at the southern end of the Balkans, ending at the Peloponnese peninsula (separated from the mainland by the canal of the Isthmus of Corinth). Due to its highly indented coastline and numerous islands, Greece has the 11th longest coastline in the world with 13,676 km (8,498 mi); its land boundary is 1,160 km (721 mi). The country lies approximately between latitudes 34° and 42° N, and longitudes 19° and 30° E.

Greece features a vast number of islands, between 1,200 and 6,000, depending on the definition, 227 of which are inhabited. Crete is the largest and most populous island; Euboea, separated from the mainland by the 60m-wide Euripus Strait, is the second largest, followed by Rhodes and Lesbos.

The Greek islands are traditionally grouped into the following clusters: The Argo-Saronic Islands in the Saronic gulf near Athens, the Cyclades, a large but dense collection occupying the central part of the Aegean Sea, the North Aegean islands, a loose grouping off the west coast of Turkey, the Dodecanese, another loose collection in the southeast between Crete and Turkey, the Sporades, a small tight group off the coast of northeast Euboea, and the Ionian Islands, located to the west of the mainland in the Ionian Sea.

Eighty percent of Greece consists of mountains or hills, making the country one of the most mountainous in Europe. Mount Olympus, the mythical abode of the Greek Gods, culminates at Mytikas peak 2,917 m (9,570 ft), the highest in the country. Western Greece contains a number of lakes and wetlands and is dominated by the Pindus mountain range. The Pindus, a continuation of the Dinaric Alps, reaches a maximum elevation of 2,637 m (8,652 ft) atMt. Smolikas (the second-highest in Greece) and historically has been a significant barrier to east-west travel.

Since the Kallikratis programme reform entered into effect on 1 January 2011, Greece has consisted of thirteen regions subdivided into a total of 325 municipalities. The 54 old prefectures and prefecture-level administrations have been largely retained as sub-units of the regions. Seven decentralized administrations group one to three regions for administrative purposes on a regional basis. There is also one autonomous area, Mount Athos (Greek: Agio Oros, “Holy Mountain”), which borders the region of Central Macedonia.

The economy of Greece is the 34th or 42nd largest in the world at $299 or $304 billion by nominal gross domestic product or purchasing power parity (PPP) respectively, according to World Bank statistics for the year 2011. Additionally, Greece is the 15th largest economy in the 27-member European Union. In terms of per capita income, Greece is ranked 29th or 33rd in the world at $27,875 and $27,624 for nominal GDP and PPP respectively.

Greece is a developed country with high standards of living. Its economy mainly comprises the service sector (85.0%) and industry (12.0%), while agriculture makes up 3.0% of the national economic output. Important Greek industries include tourism (with 14.9 million international tourists in 2009, it is ranked as the 7th most visited country in the European Union and 16th in the world by the United Nations World Tourism Organization) and merchant shipping (at 16.2% of the world’s total capacity, the Greek merchant marine is the largest in the world), while the country is also a considerable agricultural producer (including fisheries) within the union.

The Greek economy is classified as advanced and high-income. Greece was a founding member of the Organisation for Economic Co-operation and Development (OECD) and the Organization of the Black Sea Economic Cooperation (BSEC). In 1979 the accession of the country in the European Communities and the single market was signed, and the process was completed in 1982. In January 2001 Greece adopted the Euro as its currency, replacing the Greek drachma at an exchange rate of 340.75 drachma to the Euro. Greece is also a member of the International Monetary Fund and the World Trade Organization, and is ranked 31st on the KOF Globalization Index for 2010.

The culture of Greece has evolved over thousands of years, beginning in Mycenaean Greece and continuing most notably into Classical Greece, through the influence of the Roman Empire and its Greek Eastern continuation, the Eastern Roman or Byzantine Empire. Other cultures and nations, such as the Latin and Frankish states, the Ottoman Empire, the Venetian Republic, the Genoese Republic, and the British Empire have also left their influence on modern Greek culture, although historians credit the Greek War of Independence with revitalising Greece and giving birth to a single, cohesive entity of its multi-faceted culture.