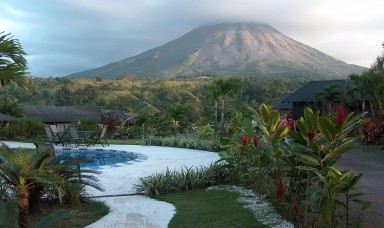 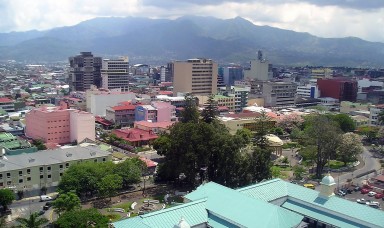 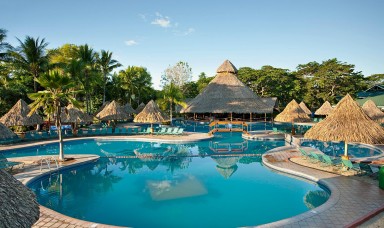 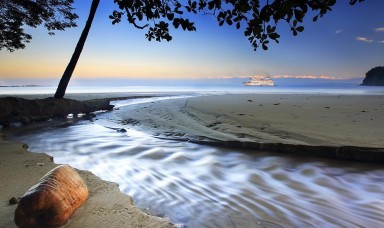 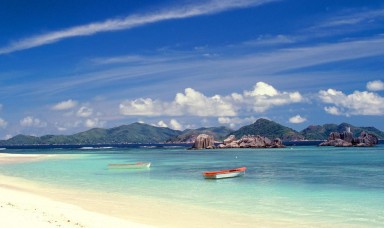 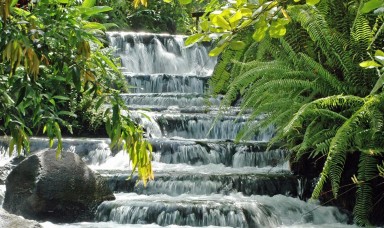 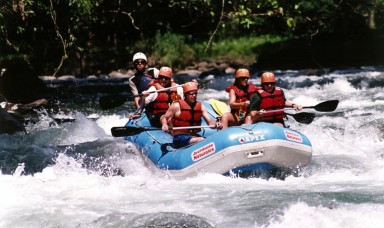 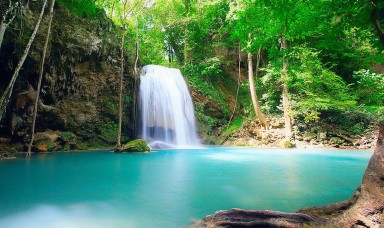 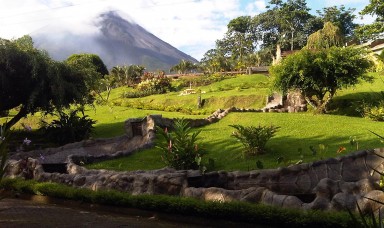 Costa Rica , officially the Republic of Costa Rica (Spanish: Costa Rica or República de Costa Rica, is a country in Central America, bordered by Nicaragua to the north, Panama to the southeast, the Pacific Ocean to the west, and the Caribbean Sea to the east.

Costa Rica also comprises several islands. Cocos Island (24 square kilometres or 9.3 square miles) stands out because of its distance from the continental landmass, 300 mi (480 km) from Puntarenas, but Calero Island is the largest island of the country (151.6 square kilometres or 58.5 square miles). Over 25% of Costa Rica’s national territory is protected by SINAC (the National System of Conservation Areas), which oversees all of the country’s protected areas. Costa Rica also possesses the greatest density of species in the world.

According to the World Bank, Costa Rica’s GDP per capita is US$11,122 PPP (as of 2009); however, this developing country still faces lack of maintenance and new investment in infrastructure, a poverty rate estimated to be 23%, a 7.8% unemployment rate (2012 est.), and a trade deficit of 5.2%. For the fiscal year 2007, the country showed a government surplus. Economic growth in 2008 diminished to a 3% increase in the face of a global recession (down from 7% and 9% growth in the prior two years).

Costa Rica’s inflation rate was an estimated 4.5% in 2012. On October 16, 2006, a new currency exchange system was introduced, allowing the value of the CRC colón to float between two bands as done previously by Chile. This policy’s objective was to allow the Central Bank to be able to better tackle inflation and discourage the use of U.S. dollars. However, as of August 2009, the value of the colón against the dollar has decreased to 86% of its late-2006 value (see commonly available forex trading charts). The unit of currency is the colón, and as of May 2012, it trades around 507 to the US$, and about 660 colones to the euro.

Costa Rica was the point where the Mesoamerican and South American native cultures met. The northwest of the country, the Nicoya peninsula, was the southernmost point of Nahuatl cultural influence when the Spanish conquerors (conquistadores) came in the 16th century. The central and southern portions of the country had Chibcha influences. The Atlantic coast, meanwhile, was populated with African workers during the 17th and 18th centuries.

Costa Rican cuisine is a blend of Native American, Spanish, African and many other cuisine origins. Dishes such as the very traditional tamale and many others made of corn are the most representative of its indigenous inhabitants, and similar to other neighboring Mesoamerican countries. Spaniards brought many new ingredients to the country from other lands, especially spices and domestic animals. And later in the 19th century, the African flavor lent its presence with influence from other Caribbean mixed flavors. This is how Costa Rican cuisine today is very varied, with every new ethnic group who had recently become part of the country’s population influencing the country’s cuisine.