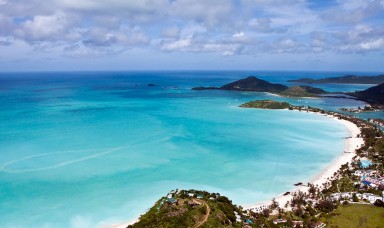 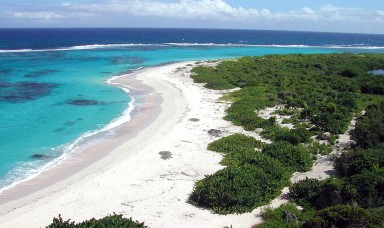 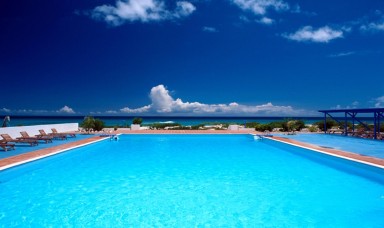 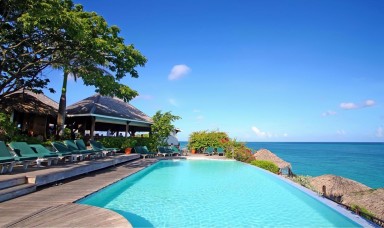 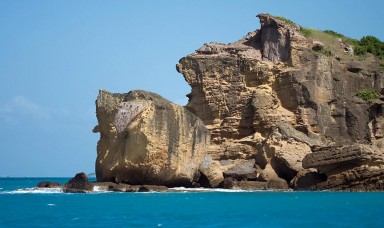 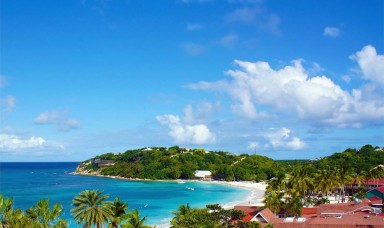 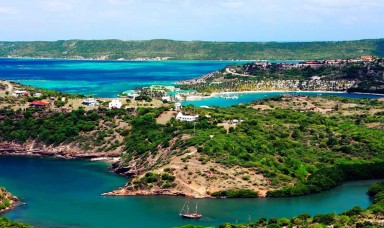 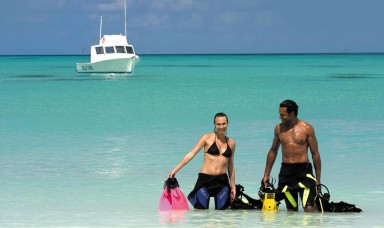 Antigua and Barbuda (/ænˈtiːɡə ænd bɑrˈbjuːdə/; Spanish for “ancient” and “bearded”) is a twin-island nation lying between the Caribbean Sea and the Atlantic Ocean. It consists of two major inhabited islands, Antigua and Barbuda, and a number of smaller islands (including Great Bird, Green, Guinea, Long, Maiden and York Islands and further south, the island of Redonda). The permanent population numbers approximately 81,800 (at the 2011 Census) and the capital and largest port and city is St. John’s, on Antigua.

Antigua and Barbuda lie in the eastern arc of the Leeward Islands of the Lesser Antilles, separating the Atlantic Ocean from the Caribbean Sea. Antigua is 650 km southeast of Puerto Rico; Barbuda lies 48 km due north of Antigua, and the uninhabited island of Redonda is 56 km southwest of Antigua. The largest island, Antigua, is 21 km (about a dozen miles) across and 281 km² (about a hundred square miles) in area, or about two-thirds the size of New York City, seven eighths the area of Inner London or 86% greater than the London Borough of Bromley. Barbuda covers 161 km² (about 5% more than Bromley), while Redonda encompasses a mere 2.6 km² making it comparable to The City of London, about 1 square mile (3 km2). The capital of Antigua and Barbuda is St. John’s, located at St. John’s Harbour on the northwest coast of Antigua. The principal city of Barbuda is Codrington, located on Codrington Lagoon.

Antigua and Barbuda is divided into six parishes and two dependencies:

Tourism dominates the economy, accounting for more than half of the Gross Domestic Product (GDP). Antigua is famous for its many luxury resorts. Weak tourist activity since early 2000 has slowed the economy, however, and squeezed the government into a tight fiscal corner.

Investment banking and financial services also make up an important part of the economy. Major world banks with offices in Antigua include the Royal Bank of Canada (RBC) and Scotiabank. Financial-services corporations with offices in Antigua include PriceWaterhouseCoopers. The US Securities and Exchange Commission has accused the Antigua-based Stanford International Bank, owned by Texas billionaire Allen Stanford, of orchestrating a huge fraud which may have bilked investors of some $8 billion.

The twin-island nation’s agricultural production is focused on its domestic market and constrained by a limited water supply and a labor shortage stemming from the lure of higher wages in tourism and construction work.

Manufacturing is made up of enclave-type assembly for export, the major products being bedding, handicrafts and electronic components. Prospects for economic growth in the medium term will continue to depend on income growth in the industrialized world, especially in the United States, from which about one-third of all tourists come.

Following the opening of the American University of Antigua College of Medicine by investor and attorney Neil Simon in 2003, a new source of revenue was established. The university employs many local Antiguans and the approximate 1000 students consume a large amount of the goods and services.

The culture is predominantly British: For example, cricket is the national sport and Antigua has produced several famous cricket players including Sir Vivian Richards, Anderson “Andy” Roberts, and Richard “Richie” Richardson. Other popular sports include football, boat racing and surfing. (Antigua Sailing Week attracts locals and visitors from all over the world).

American popular culture and fashion also have a heavy influence. Most of the country’s media is made up of major United States networks. Many Antiguans prefer to make a special shopping trip to San Juan, Puerto Rico.

Family and religion play an important roles in the lives of Antiguans. Most attend religious services on Sunday, although there is a growing number of Seventh-day Adventists who observe the Sabbath on Saturday.

The national Carnival held each August commemorates the abolition of slavery in the British West Indies, although on some islands, Carnival may celebrate the coming of Lent. Its festive pageants, shows, contests and other activities are a major tourist attraction.

Calypso and soca music, both originating primarily out of Trinidad, are important in Antigua and Barbuda.